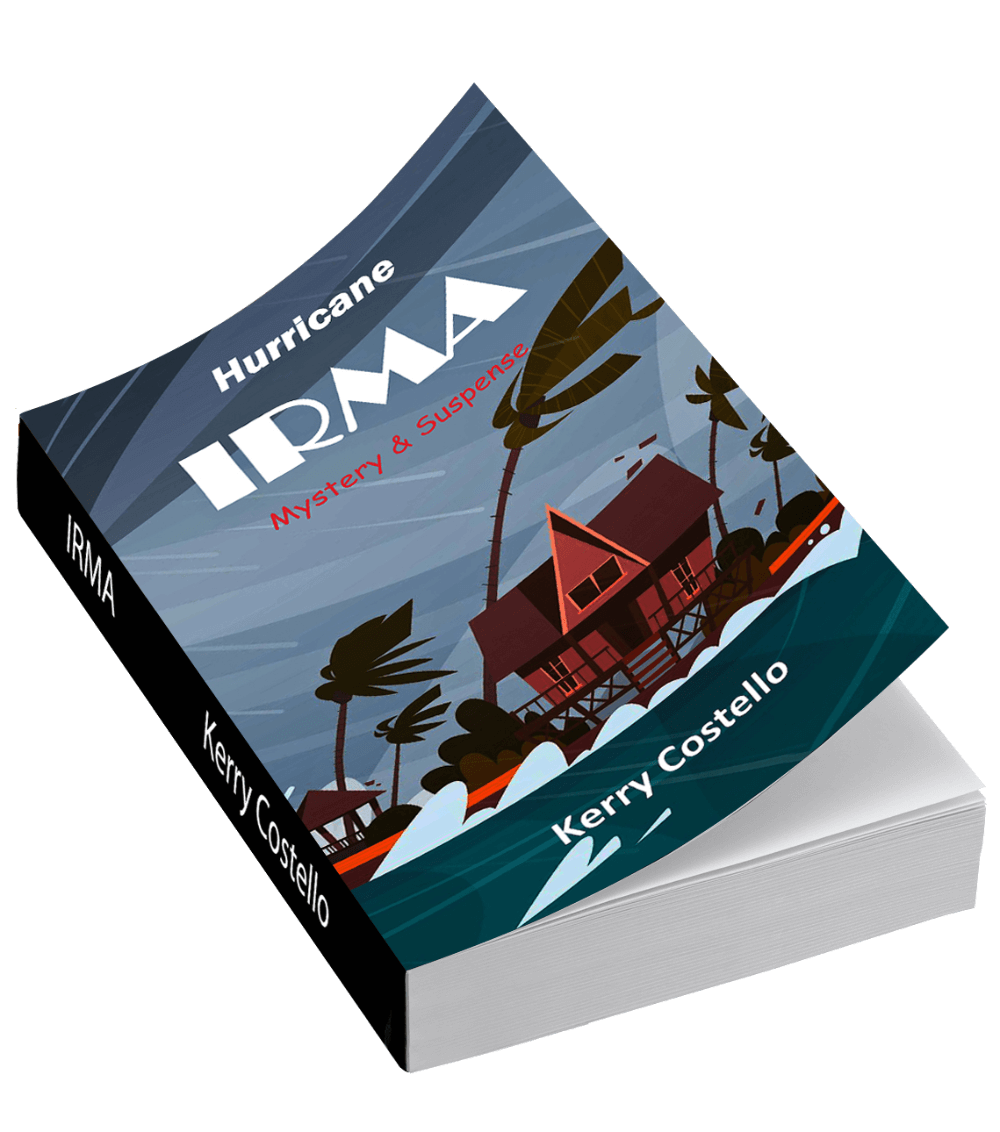 Hurricane IRMA: Costello’s latest crime novel will blow you away…!

When Detective Sam Randazzo discovers the unreported theft of priceless jewels in the aftermath of violent Hurricane Irma in 2017, he has serious concerns, and his suspicions are aroused.

Assisted by British security expert Frankie Armstrong, their investigations unearth a shocking possibility. Could these be the jewels stolen in a notorious and audacious raid in 1907? If so, how on earth have they found their way to Naples Florida in 2017? And what, if anything, do these stolen jewels have to do with a horde of invaluable works of art plundered by the Nazis in WW2? Lieutenant Detective Sam Randazzo wonders if this is the ultimate cold case.

The risks are many as Randazzo and Armstrong seek to uncover long buried crimes. Just how far will those involved go to prevent them from succeeding? 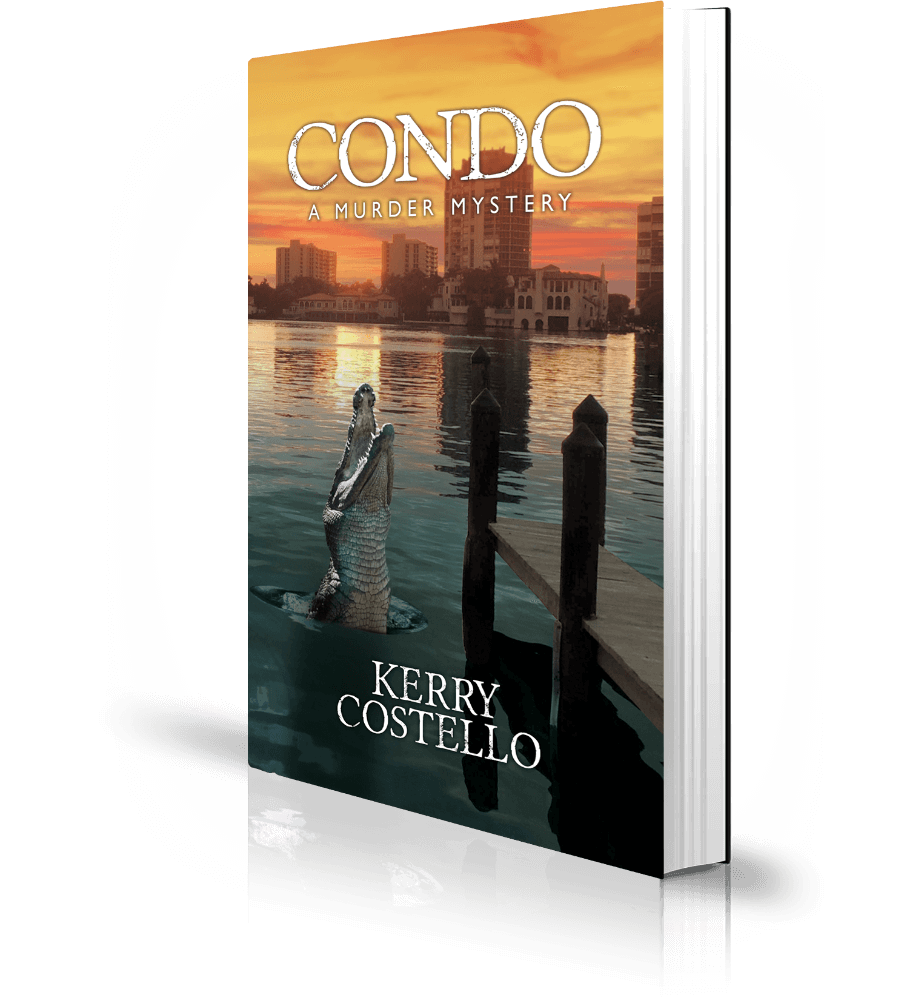 When a killer gator unleashes chaos on a CONDO community on Florida’s Paradise Coast, it’s up to ex-soldier Frankie Armstrong to hunt down the vicious fiend behind the attack.

The tranquil façade of The Acadiana complex masks a world of sex, violence and subterfuge. Nothing and no one is as they seem. The more Frankie investigates the lives of his fellow CONDO residents, the more shocking secrets he uncovers. The cops don’t believe him, and he has to go it alone. Will he catch the killer, or will the killer find him first.

CONDO an edge-of-your-seat crime thriller. If you like fast-paced storytelling and twists that keep you guessing, then you will love Kerry Costello's gripping tale.

ONE DEADLY PROMISE. ONE DEATHLY TREASURE. 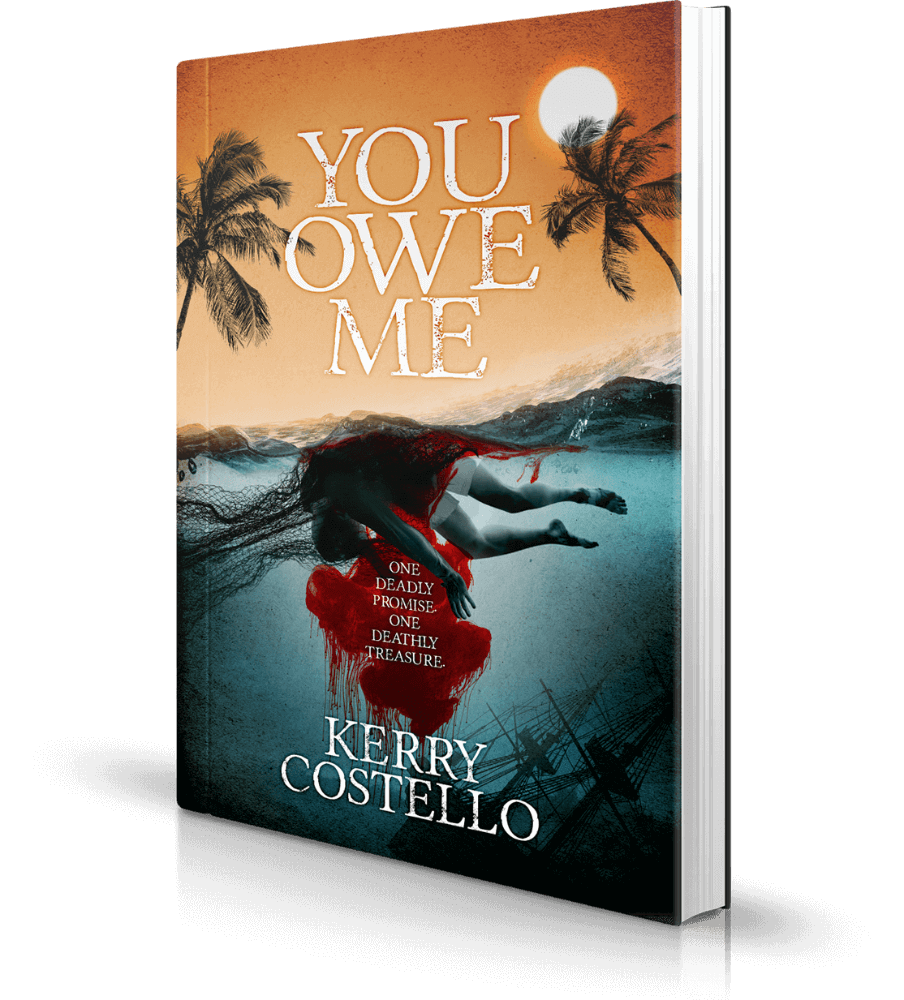 When Frankie Armstrong, a former British soldier, is asked to repay a favour from Joe, the American soldier who saved his life in the Gulf War, he agrees.

Asked to find two men who have gone missing while diving for treasure, Frankie’s journey takes him from cold wet Manchester to sunny Florida. But Frankie is not the only person investigating the men’s disappearance and, with so much at stake, others in the game, play by a very different set of rules...

The call from the American comes just as Frankie is feeling distraught, his wife has left him. The unexpected call shakes him out of his morbid depression and gives him a way out. He grabs the opportunity and goes to America. 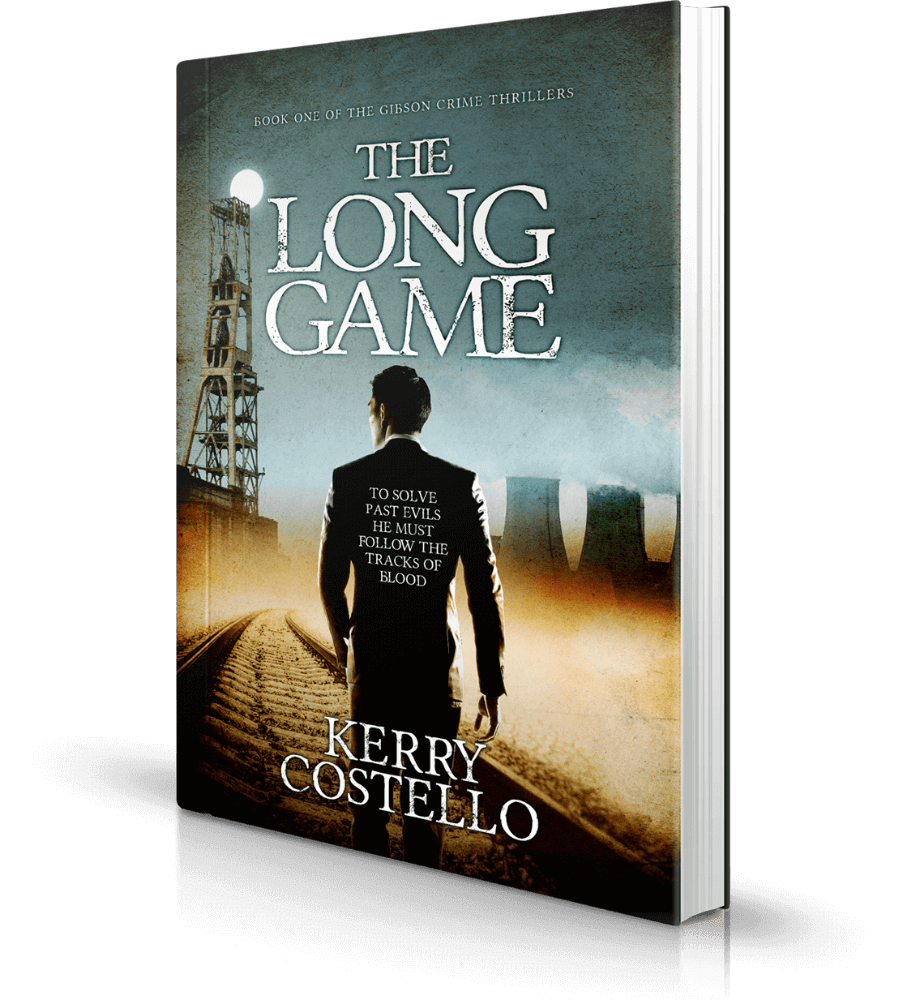 BOOK ONE OF THE GIBSON CRIME THRILLERS

In 1990, Manchester Police Detective Sergeant Gibson investigates what appears to be an elderly man’s death by natural causes, but not all is as it seems. His investigation leads him to look back at other mysterious and unexplained deaths in the region.

Could they be linked? Using instinct, good old fashioned detective work, and a dogged determination to get at the truth, Sergeant Gibson pieces together an intricate puzzle. 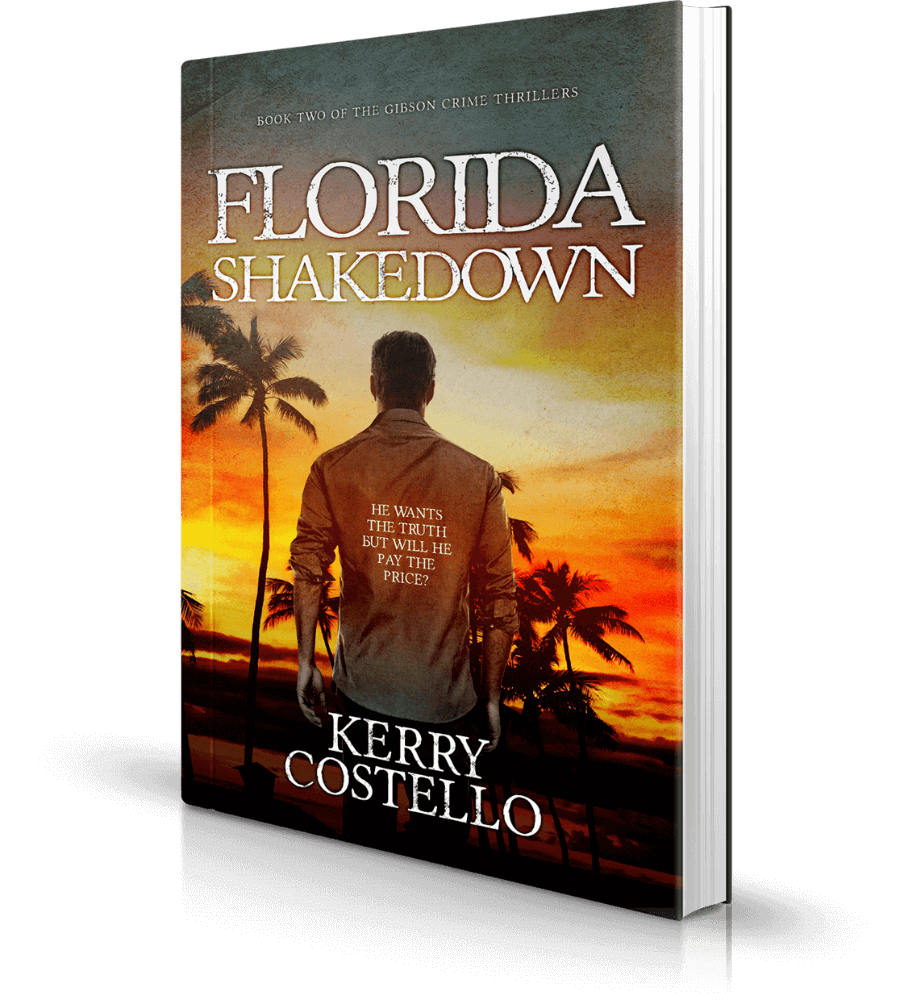 A vacation on the Gulf of Mexico in Florida turns out to be less than relaxing for retired British cop John Gibson. He wants to be anonymous, feeling he needs to recuperate after a personal tragedy, but soon finds himself in demand to unravel the mysterious on-line execution of a prominent Florida businessman.

His investigation takes him from the Gulf of Mexico in Florida to New York and the eastern seaboard of the United States, recently ravaged by superstorm Sandy.

However, he finds he’s not alone in his efforts to find the truth, with both the FBI and the Mob in pursuit of similar, if more sinister objectives. A tale of murder, money laundering, cybercrime, extortion, and betrayal. 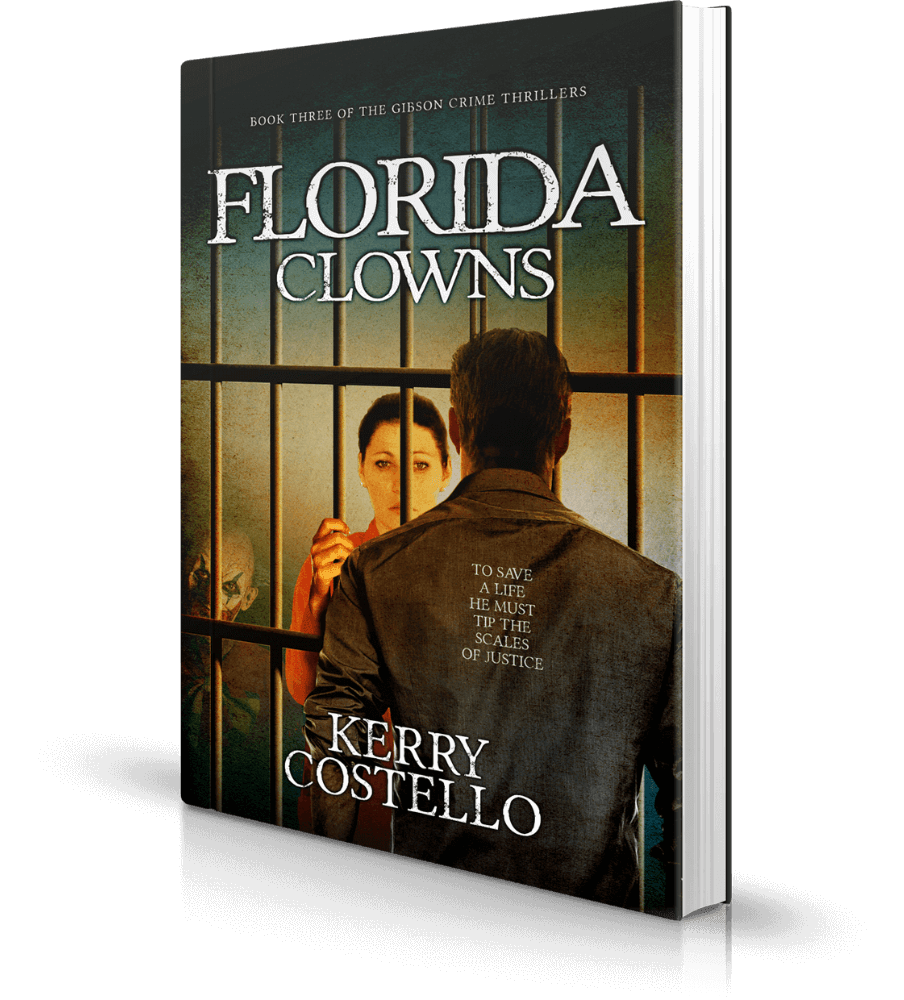 Retired British cop John Gibson, goes back to Florida’s gulf coast to try to find work as a private investigator. Having been drawn into an investigation when on vacation the previous year, Gibson desperately wants to return to Naples in Florida, where not only did he solve a notorious crime, but fell for a lady called Meg.

His return is complicated by the immigration laws, but Gibson persists and is soon involved in trying to free a woman on death row.

In a separate case, Gibson is tasked with locating a missing husband and father. He also discovers something about his new love interest, Meg, and wonders if he’s made a huge mistake in coming back. 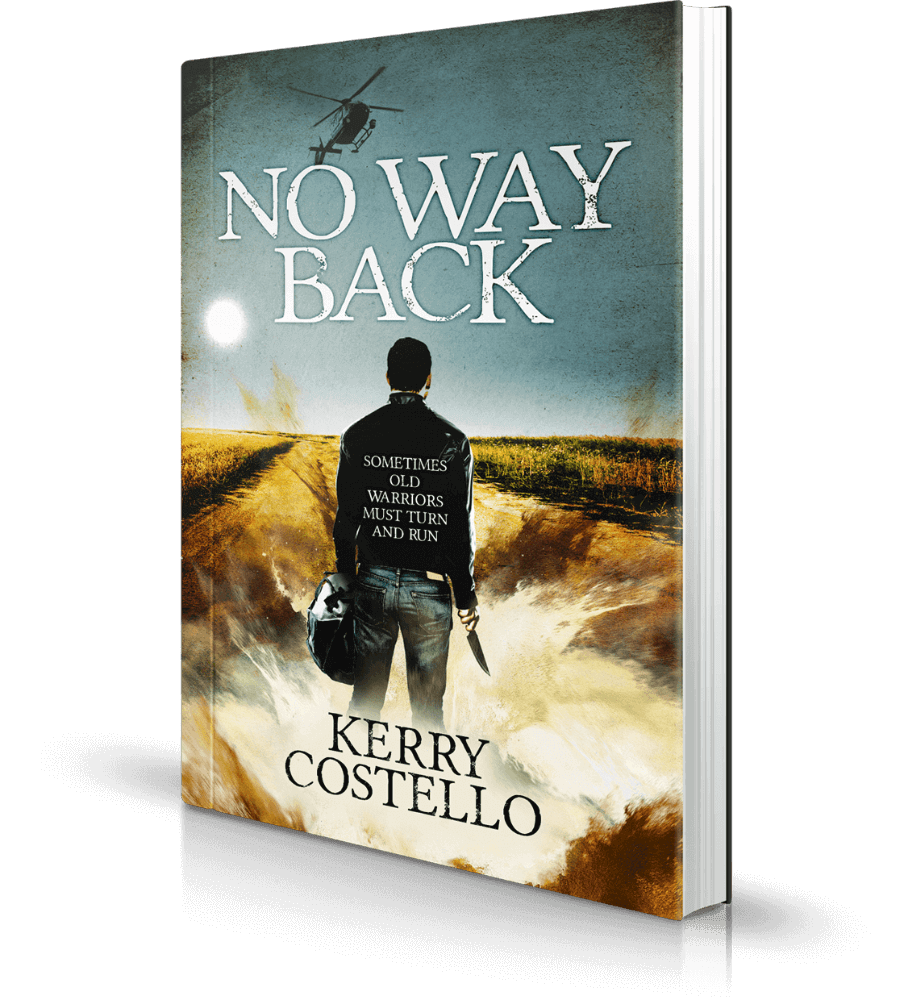 WRONG PLACE - WRONG TIME. IT COULD HAPPEN TO ANYONE

A quiet morning walk with his dog in the Cheshire countryside turns into a nightmare for Jack Brandon. Soon he and his wife Rachel are fleeing for their lives across continents. Who are his pursuers and what do they want?